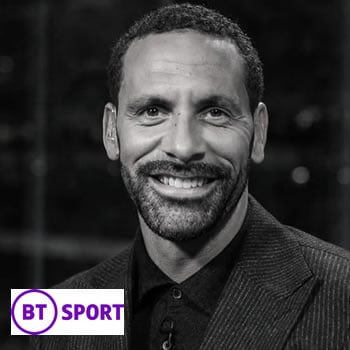 Rio Gavin Ferdinand is an English former professional footballer who played as a centre-back, and is now a television pundit for BT Sport. He played 81 times for the England national team between 1997 and 2011, and was a member of three FIFA World Cup squads.